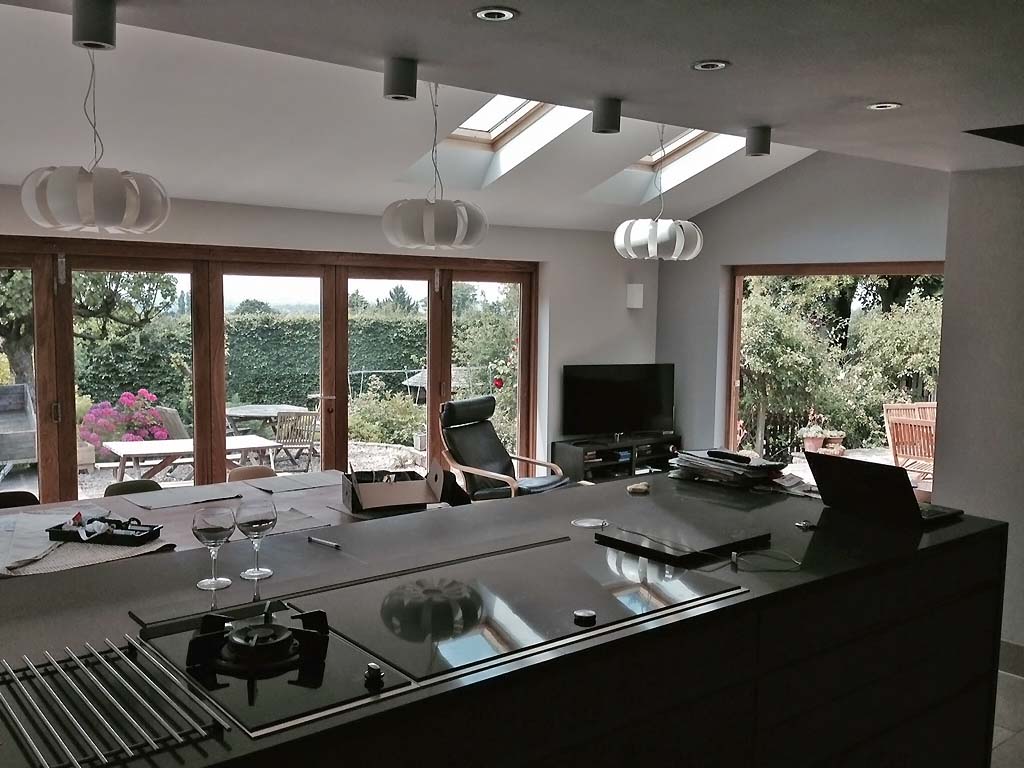 The client wished to do several large extensions to their dwelling to develop the property into a size, which there is a gap in the market for in the area.

We developed a design which unified the appearance of the building, which had become confused over the years with several haphazard extensions, whilst respecting the local area and the neighbouring listed building. We also connected it to an outbuilding within the site to maximise the space increase.

To get the project through the planning stages we developed 3D models of the property and the surrounding area to show how the building would fit into its local environment. We also used computer modelling to map out sun paths to prove the extensions would not over shadow any neighbouring properties.